I have to be honest: growing up, I’d never seen a Medicine pouch. But then again, neither had I even attended Powwow or Sweat Lodge. They were banned by the government in 1925.

Kill the Indian, Save the Man.

First time I saw a Medicine pouch was sometimes in the 1990s – I don’t remember exactly when, but I know that I was expecting at the time.

I was fascinated by how beautiful the “necklace” was: made of leather I could smell had been smoke-tanned. The smell of “home tanned” leather triggers some visceral response in me. But there was something more familiar about the pouch that kept niggling at the back of my mind.

Out of all of the beautiful crafts, these were what attracted me the most. But I never had purchased one – concerned about First Nation appropriation.

But why did this Medicine pouch seem so familiar?

My Métis grandmother. The one who really, really would have never self-identified as Métis. The gggggrandchild of Catherine Anenonta and Louis Durand.

I think she must have had a stash of them everywhere. Each pouch contained a shiny medallion and a piece of camfor. Each time she’d see me without mine on, she’d pull another one out like magic.

I hated those Scapulaires Verts. They STANK and made me reek. She’d make me afraid something bad would happen to me if I didn’t wear it.

My grandfather hated them. Once, while we were driving out of town, he asked me to give it to him, rolled down his truck window, chucked it out without saying anything more about it

Here we are, over 40 years since the stinky “necklaces”. What the heck were they anyways? Why did my grandmother insist I wear one at all times?

I consulted the Catholic Encyclopedia , under Individual Small Scapularies; several different ones are described, but nothing about Green Scapularies.

Apart from information from obscure religious sources on prayers to go with the scapulary, all I found was this paragraph, translated from French, from Mary of Nazareth:

“The Green Scapular was the subject of two successive approvals of Pope Pius IX in 1863 and in 1870 ; but Satan, who knows its invaluable worth, succeeded long and still today to prevent the distribution in large numbers”

But, heeey – the cultural partimony department of the government of Quebec has it listed as a cultural icon in their Répertoire…

Around the same time of the Gradual Civilization Act, the Scapulaire Vert became the tool used to replace the medicine pouch. In the book, published in 1877, the Annals of the Propagandation of Faith, a single passage of how the “Savages” were adopting the devotion. 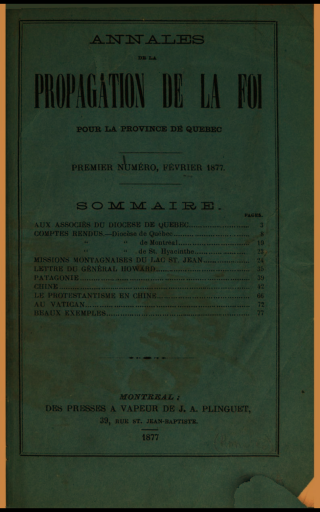 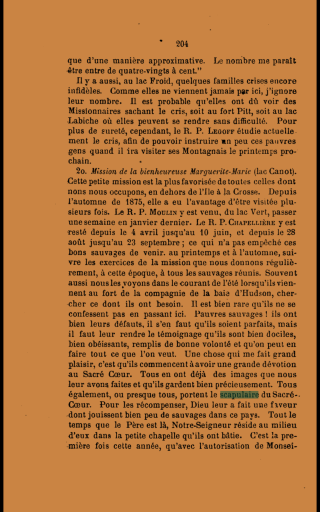 The Catholic Church exchanged medicine pouches for Scapulaires Verts. They tried to enfranchise us with a piece of green felt and shiny medallions. They convinced women that camfor was better than our Meshki Ki.

I now wear a medicine pouch, filled with Meshki Ki as an act of decolonization. And it doesn’t stink.

One thought on “Wearing Medicine pouch as an act of Decolonization”