I woke up thinking about economies of scale and Indigenous Identity.

I think numbers of Métis is inflated for a financial reason.

To have a Métis community recognized, its members must use the Courts.

p.s.: Crown lands should automatically be returned to First Nations and Inuit.

Usually, it’s initiated when someone is arrested for an “illegal hunt” or because their “hunting cabins” were being deemed to be illegally on Crown land.

Hence, begins a long and drawn-out path thorough the Court system – which will be garanteed to be fought right up to the Supreme Court of Canada.

Each level of Court take hundreds of thousands of dollars to see through. The defendant(s) must hire lawyers, expert witnesses and cover all costs associated.

The expert witnesses need to provide empirical evidences of a community’s historical existence – prior to a vague Colonial concept of “effective control” which is a non-defined date different everywhere.

Each member of the community must provide a minimum of one vetted ancestral line linking to an “Indian” ancestor, complete with birth and mariage records.

Records are difficult to obtain (see my posts regarding the un-indexed records of my community) and cost upwards of 250$ each.

By the way, even Red river Métis need to have *just one* ancestral line verified. So did the Powley family.

Then, a community needs to show evidences that it continued to exist right up to the time of the “infraction”.

The Crown’s defense will attempt to prove that the community was actually *absorbed* into the ruling power, i.e. either English or French rule.

The way the Courts want it proven is as if some kind of “club” existed with membership roles, minutes and Annual General meetings.

All this costs LOTS of money. By the time a case makes its way through the court system, we’re looking at close to, and even over a million dollars.

Unless some corporation with a vested interest or some sort of benefactor is ready to foot the bill, members of a community must bear the costs.

Of course, the Courts seldom provide for these costs.

It’s so pernicious, and opens the door to communities becoming embroiled with resource-extraction corporations who offer “consulting”:

This list published by the government of Alberta is a compilation of recognized Indigenous research consultants – you’ll notice the usual big players such as Stantec and SNC Lavalin in there:

So, in places such as the Chicot, with no known marketable resources, the quest to have our community recognized, with only approximately 300 households who identify as Métis, we’d have to bear the costs ourselves.

$3,333 per household to prove the existence of a Métis community.

That’s too much to bear for an economic region where the average household income is less than $50,000 per year.

So, the only option would be to form some sort of corporation or club, open up a Registry, and shill memberships at $50 bucks a card to provide income to cover the costs.

There are only about 1,200 people who identify as Métis at the Chicot.

I’m a Financial Planner and those numbers just don’t make any sense.

$1,000,000 isn’t even an investment because there are no rewards ither than recognition at the end of decades of Court processes.

It will only lead to the government “recognizing” that the Chicot exists.

So, meanwhile, myself and other Chicot Métis will continue being referred to as fakes, fétis, cultural appropriators.

And the Colonial government rejoices. 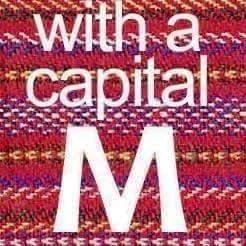 Yesterday was the Supreme Court Ruling about giving Thanks and acknowledgement to the people who sacrificed so much to get to the highest court in the land. For a plain language interpretation of the ruling, my friend Dr. Sébastien Malette, who helped the Métis Federation of Canada prepare their Factum for the cause, has taken the time to explain to me what the ruling means. Click here to see his take on it.

This is where the Nation – or Community – comes to play.

I refuse to wallow in negativity – it’s standing room only in there already. I have no desire , claim to fame or recognition because it’s not even close to being part of my wheelhouse. Notice: no PayPal button anywhere on my blog.

My community is Nitaskinan. My ties are tied to the land of my Indigenous ancestors. The home and hearth of my many First Nations ggggrandmothers. The Settler construct of ownership is not part of my wheelhouse either.

Treaty Métis (Otipemsiwak?) needs are different than Unceded-Land Métis (Abitawisiwak?). Even though some of us have indeed kinship connections, the land which claims us is as different as the harvest she gives to nourish us.

My community sits on Atikamekw land for which a Comprehensive Land Claim and Self-Government Negotiations currently being negotiated with Indigenous and Northern Affairs Canada.

Settlers living on Atikamekw Land need Truth, Humility, Honesty, Wisdom, Respect, Courage and Love and implement all 94 Calls to Action of the Truth and Reconciliation Commission of Canada.

My community will need to rekindle our kinship with the Atikamekw Nation and help our Community as Stewards of Nitaskinan.